FANNING LAB
Principal Investigator
Dr. Sean W. Fanning, Ph.D.
Dr. Fanning is a trained cancer biologist, biochemist, and structural biologist. He earned his B.S. in Biochemistry from Virginia Tech in 2008 and his PhD with Dr. James R Horn at Northern Illinois University in 2012. After he completed his PhD, he joined Dr. Geoffrey Greene's lab at the University of Chicago in 2012 as a postdoctoral fellow where he examined the role of estrogen receptor in breast cancer. He joined the Department of Cancer Biology at Loyola University Chicago in 2020 as an Assistant Professor. Outside of the lab, Dr. Fanning's hobbies include playing bluegrass banjo and smoking BBQ.
Dr. Fanning's Linkedin Profile     Dr. Fanning's ResearchGate Profile


​Doctoral Students
Kristen Young - Joined 2022
Kristen earned her B.S. in Biochemistry and Biophysics at Rensselaer Polytechnic Institute in New York in 2021, where she worked in research in cellular kinetics and microscopy, played collegiate basketball, and participated in Greek life. She is studying Biochemistry, Molecular Biology and Cancer Biology (BMBCB) in the Integrated Program of Biomedical Sciences (IPBS) at Loyola. Outside of school Kristen enjoys playing pick-up basketball, going on hikes, and exploring the restaurants and events in downtown Chicago.
Kristen's Linkedin Profile              Kristen's ResearchGate Profile

​Govinda Hancock - Joined 2022
Govinda earned his B.S. in Biology at the University of Massachusetts, Amherst, after which he pursued a career in the clinical laboratory setting. While working as Chief Technologist of the Cytogenetics lab at NewYork Presbyterian Hospital he continued his studies, earning a M.S. in Health Policy and Economics at Weill Cornell Medicine in 2018. He is now studying in the Biochemistry, Molecular and Cancer Biology (BMCB) track of the Integrated Program in Biomedical Sciences (IPBS) at Loyola University Chicago. When not in a lab coat, Govinda enjoys playing with his 3 accomplished poodles, reading comics and exploring the numerous cultural gems of Illinois.
​

Full Time Researchers
Emily Sullivan, M.S.
Ms. Sullivan joined the Fanning lab in August 2020 as a laboratory manager. She completed her B.S. at Loyola University Chicago and her Master's at Midwestern University.

Carstyn Joiner
Ms. Joiner Joined the Fanning Lab in June 2021 as a research assistant. She completed her B.S. at Augustana College. 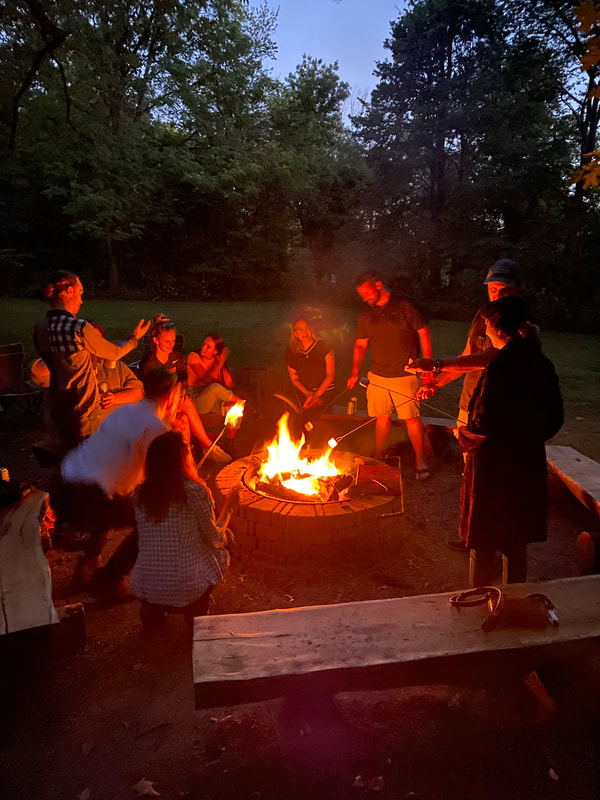